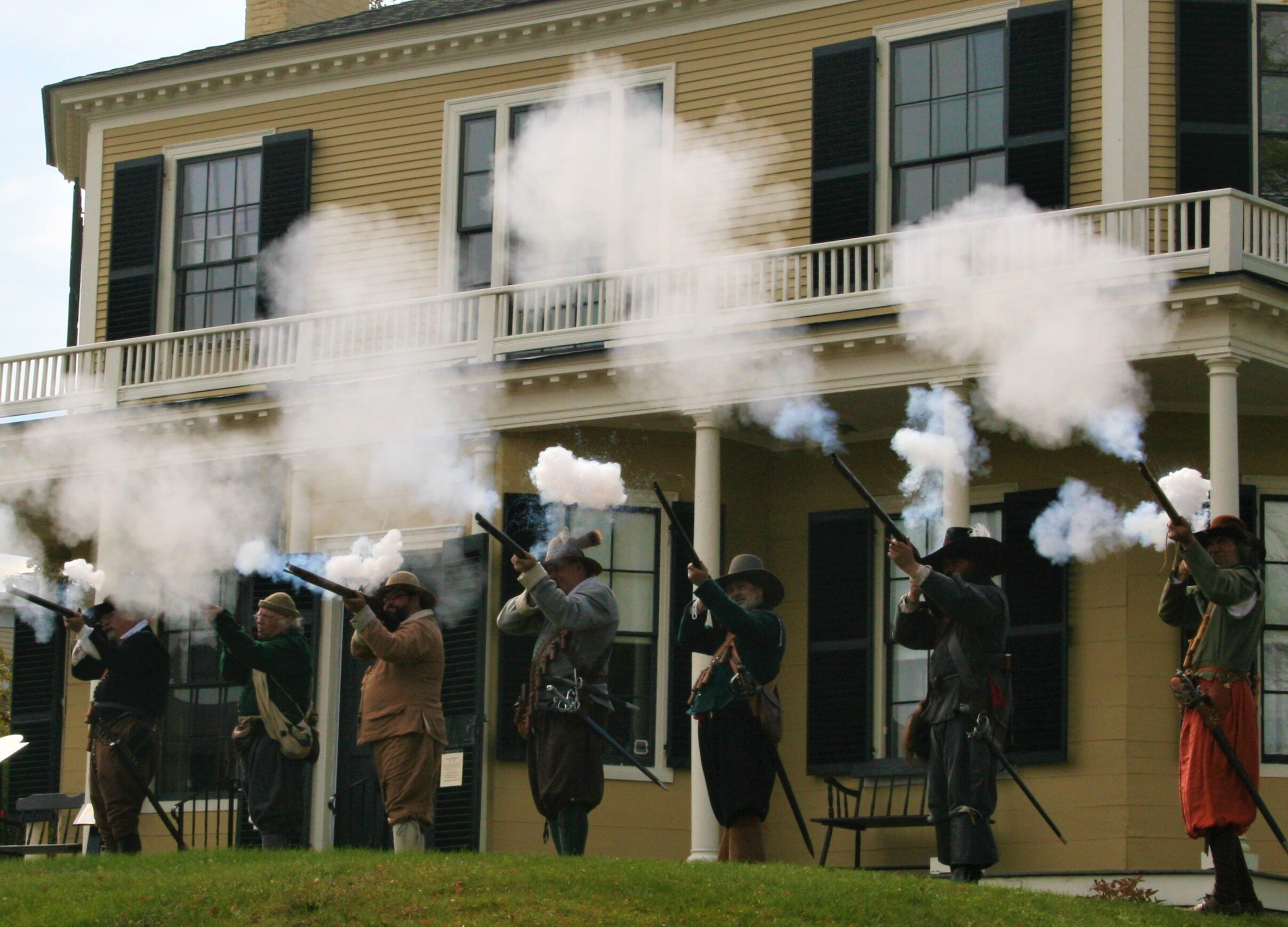 Celebrating its tenth anniversary in 2022, the New Plimmoth Gard is proud to present a weekend of living history focused on the colonial fur trade and the 1634 dispute between members of Plymouth Colony and Piscataqua Colony (now Portsmouth, NH). Competition over trading rights led to a confrontation that left two men dead and John Alden falsely accused of murder.
The lawn of the Hedge House in downtown Plymouth will be the setting for the 17th-century encampment featuring members of both the New Plimmoth Gard and the Piscataqua Company reenactment groups, as well as craftspeople demonstrating a variety of 17th-century arts including blacksmithing, period clothing construction, and more.
The public is invited into the encampment on Saturday, May 21, from 10am to 5pm, and again on Sunday, May 22, from 10am to 2pm. Visitors will be able to wander throughout the encampment, and engage with the reenactors as they portray members of the Plymouth and Piscataqua colonies. Throughout both days there will be multiple demonstrations of 17-century military arts, including musket, pike and sword, as well as activities for children, and craft displays. There will be a focus on the fur trade, its importance to the colonists, and portrayals of  the dispute that took place in 1634.
This event is free and open to the public and is suitable for all ages. Come experience living history!
The New Plimmoth Gard is proud to partner with the Plymouth Antiquarian Society, Pilgrim Hall Museum, the Pilgrim John Howland Society, Pilgrim Progress, the Alden Kindred, and the Piscataqua Company reenactment group.