Part 3 in a special series on the Pilgrim Breakfast

Lifelong Plymouthean and historian James W. Baker shared the following memories of the Pilgrim Breakfasts he attended in the 1950s-60s. His mother, Jane Cooper Baker (1908-1998), was a descendant of Sgt. William Harlow and an active Antiquarian.

Recollections inevitably fade and commingle after 60 years, but I do have some surviving impressions. The breakfasts I attended from the early-1950s to about 1967 were not unlike those we have now, but details differ. The shaky card tables and venerable wooden folding chairs out under the great shady elm tree (now long gone) were arranged around the well box (ditto) and garden beds. Some guests were served in the house (not just when wet out) where fishcakes were on occasion fried in the fireplace. The rest of the operation was out of the old woodshed – I recall the excitement when the 1939 “kitchen” was modernized in 1967 – from which servers brought the baked beans, cornbread, “gems”, standard doughnuts and homemade relishes or ketchup in those very sturdy custard cups. Cranberry juice or water was served in rather small waxed paper “Dixie Cups” and of course, coffee. I do not remember any eggs, although they may have been served then. All of this for $1.25 – a tenth of today’s post-inflationary cost.

My mother was involved at various levels, from chairman of the Breakfast committee to organizer of the “tussie-mussies” which involved scrounging in other people’s gardens such as Mrs. Cyrus (Edith) Jones’ down Howes Lane, for example, pinning the tiny bouquets and ribbons together and delivering them to their young distributors in pans of water. Still, it all blends together into a hazy idyllic summer scene from those far-off days to the tune of locusts and the smell of crushed lemon balm leaves.

“We have made two innovations to our breakfasts [July & Sept]. One is to post the menu at the gate so that unsuspecting tourists may be forewarned as I have met those for whom baked beans and fish cakes were just too great a challenge to their digestions. We have also added cranberry juice to the menu and it has been poured by our president at a table just outside the Harlow House door and at the entrance of the garden…I would like to mention here that the July Breakfast was directly preceded by the holiday which made it impossible for Mrs. Dunham to make her usual arrangements for ordering the food. Mr. Dunham, who is supervisory cook at the County Farm offered to prepare the beans and fish cakes from their kitchens, a great courtesy and convenience.” 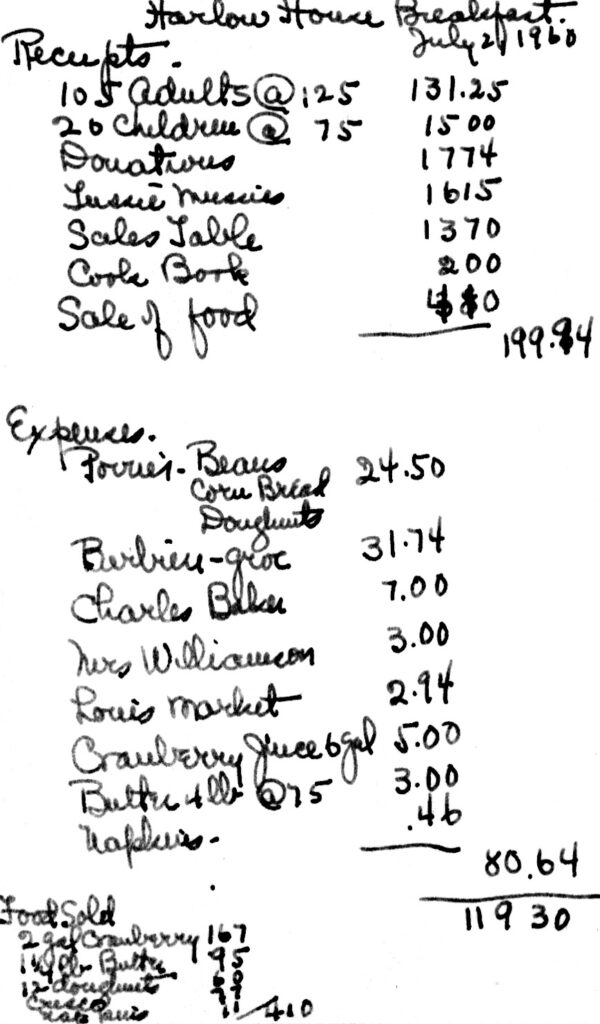 Financial report for the Pilgrim Breakfast in 1960 (Courtesy of James W. Baker) 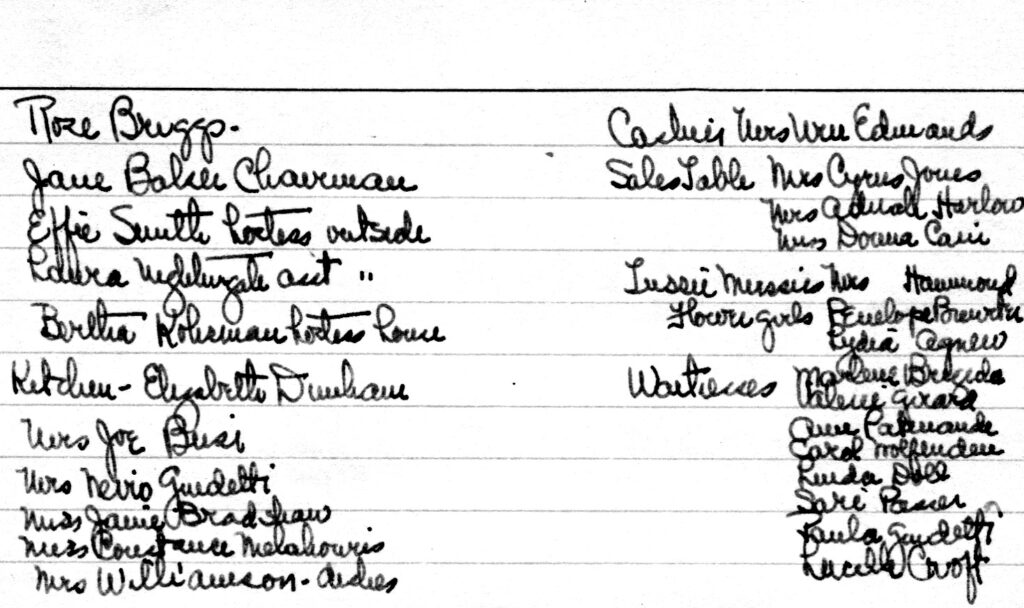 Volunteer and staff list for the Pilgrim Breakfast in 1960 (Courtesy of James W. Baker) 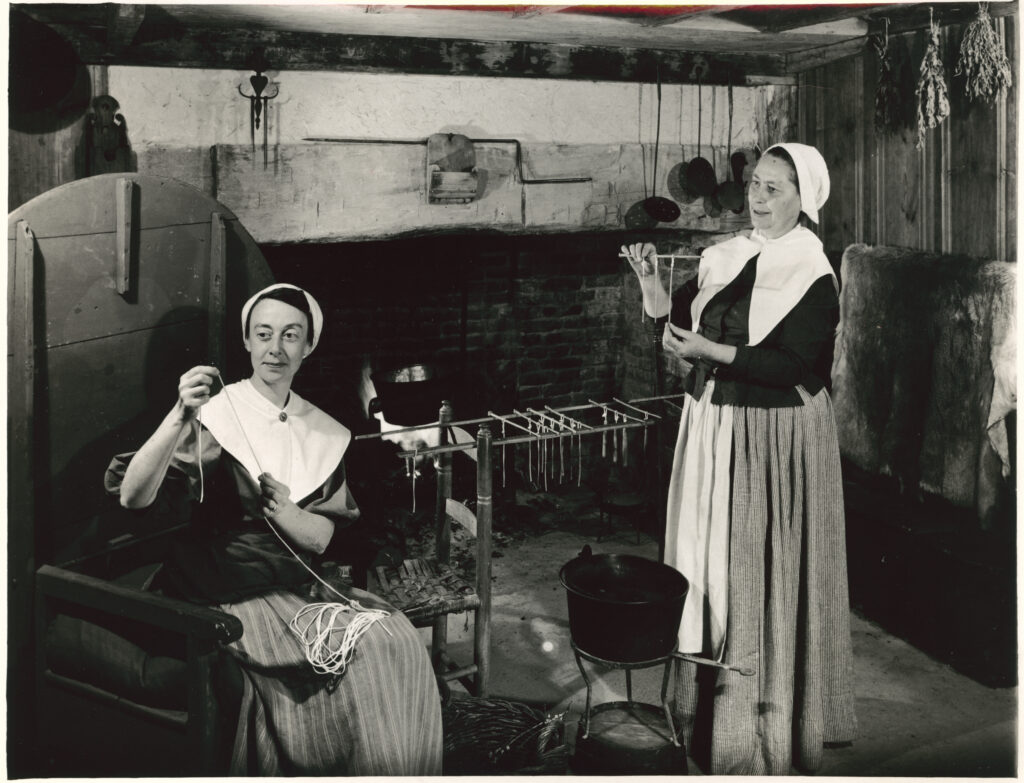 Curious about the “gems” Jim mentions above? We’re pleased to share this description and recipe from The Plimoth Colony Cook Book (originally published in 1957). This book is available to purchase in our online gift shop.

Gems for Breakfast
Gem pans were heavy cast-iron pans with rather shallow oblong divisions with rounded bottoms. A gem was rather like a small oblong popover. Sometimes they were made with rye flour instead of white flour. Gem pans were introduced to Plymouth kitchens about 100 years ago [ca. 1850s]. They may still be found in antique shops. Home tinkerers like to keep nails in them.

Mix all ingredients, beat well; pour into well-heated greased gem pans, and bake in a hot oven (400 F.) about 20 minutes. Eat immediately. Popover pans may be used, if desired. Fill pans only about 2/3 full. 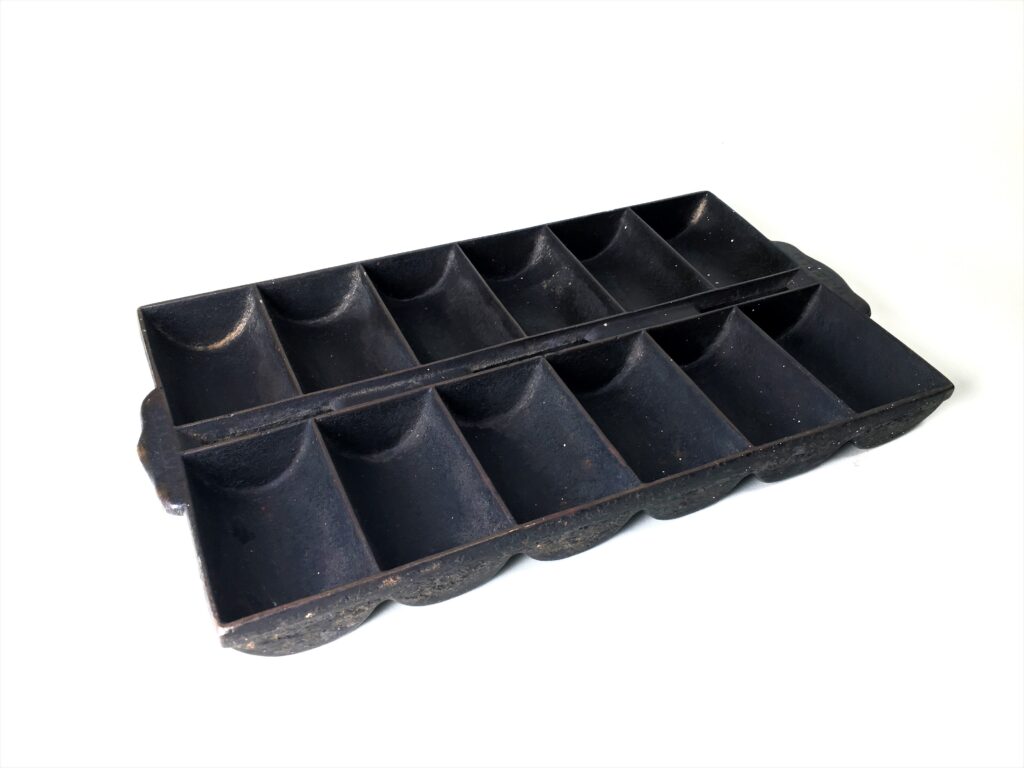